How to add image to QR Code

A QR code or Quick Response code is a type of barcode that become pupular because of its fast readability and large storage capacity.

The code cosists of black modules arranged in a square pattern on a white backgorund and they actually keep encoded information.

How to insert picture into QR code

So, let's begin with instuctions for adding image to QR code:

1) Create your own QR code using some of online tools, e.g. http://www.racoindustries.com/barcodegenerator/2d/qr-code.aspx

In this example we are going to encode a website address (URL) in QR code for our Internet Marketing Network BlicKlik (www.blicklik.com)

- Enter your website address into the code area (e.g. http://www.blicklik.com )
- Error correction level set to either 25% or 30%
- Generate QR code
- Save the image to your PC. 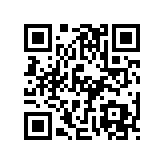 So, now when we have the code, we need to add the image.

2) Open the QR code saved from the site in an image editor, e.g. GIMP

3) Clear a section that you would like to be placeholder for you image or logo. Do not clear larg part of the QR code because it wil not work. 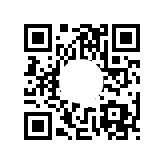 4) Paste your logo/image into a new layer

5) Resize layer and check if it works. Try to put your own image on a place with the least blocks.

7) In our case this size fits perfectly 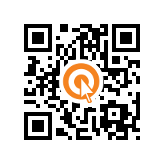 9) However, if you would like to add an image in the angle you can add it into an angle without black square. Consider that you are free to rotate QR code, it will work without problem. Here is an example of logo embeded in a corner or QR code for INFORBIRO - Information Technology Agency (www.inforbiro.com) 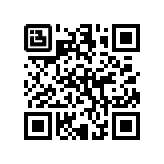